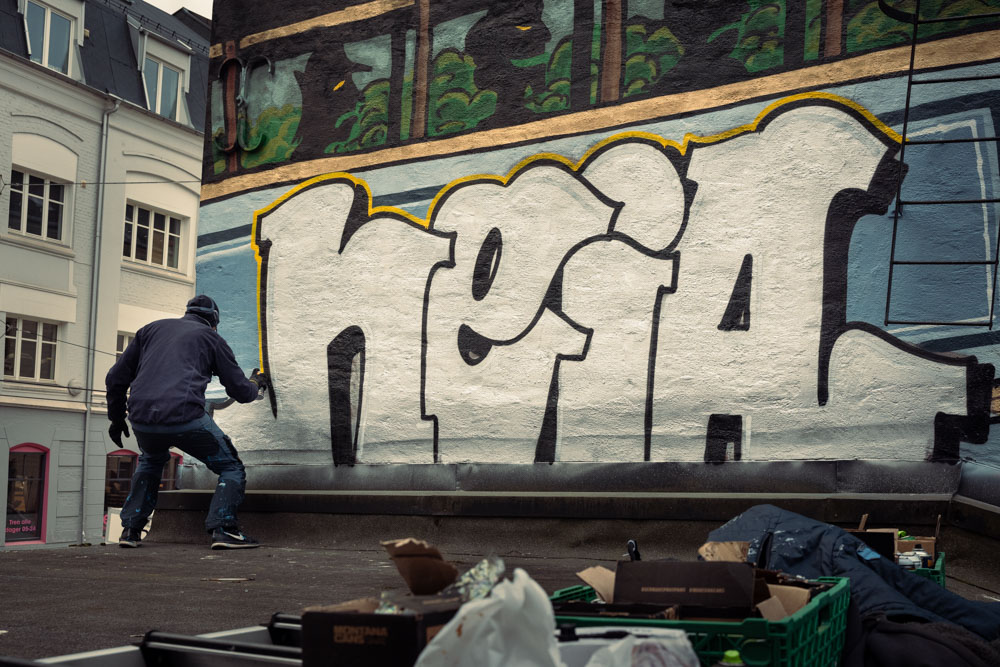 Heia has been painting graffiti for over 25 years, and is considered one of Europe's most well-known graffiti artists. Recently, he has started working with children, youth and adults to demonstrate how the world can become a better place with a little colour on the walls around us. By making graffiti more accessible he hopes to increase the level of knowledge about the art form and challenge existing stereotypes.

Knut is an Oslo-based artist who works across different genres and mediums, from illustration to graffiti. His detailed drawings are something he likes to scale up on larger walls and in paintings, with his recent focus on depicting Oslo life and the characters who inhabit the city.

This wall incorporates numerous elements of Grünerløkka´s unique history and identity, not least one of Oslo´s most well-loved pieces of graffiti by local writer Heia.

24 years after it was originally painted, Street Art Oslo invited Heia & Knut to devise a way to ´restore´ and incorporate this famous throw-up into a new mural. Taking inspiration from material provided by Grünerløkka Historielag, the duo included references to Løkka´s colourful history in the new painting: the lively streets, local breweries and thunderous trams that have shaped the area from the mid-20th century through to today.

With special thanks to Grünerløkka Historielag, wall owners RSV Eiendom, and the artists for their goodwill and cooperation. 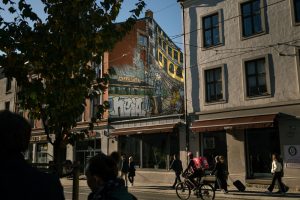 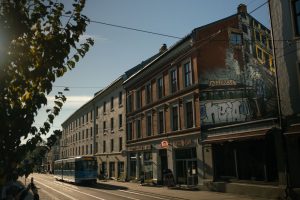 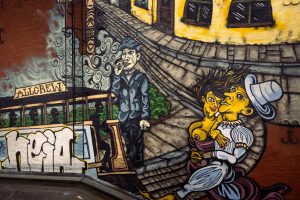 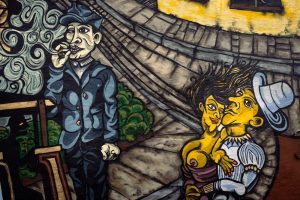 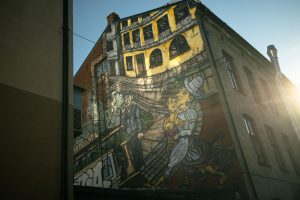 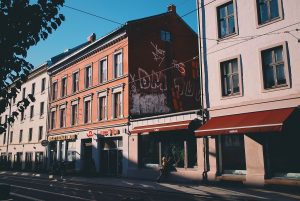 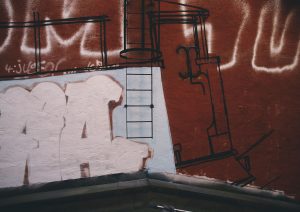 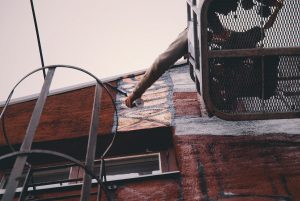 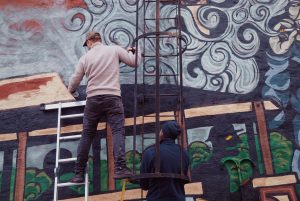 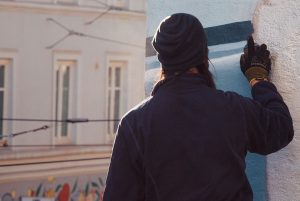 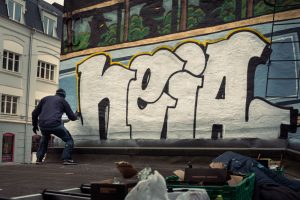 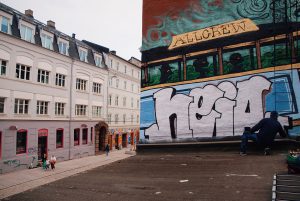 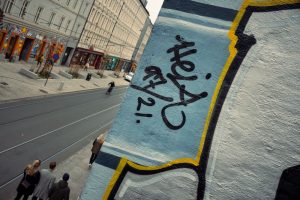 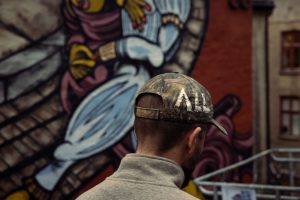 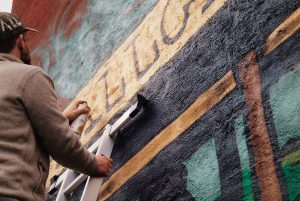 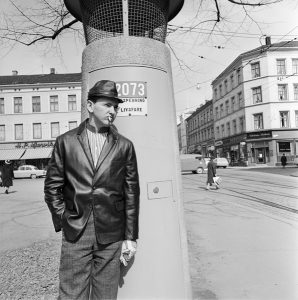 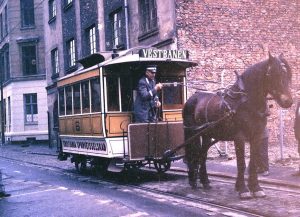 Vognmannsgata, Oslo (1963) Photo by Per Lyng 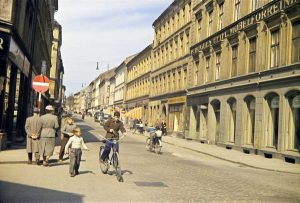