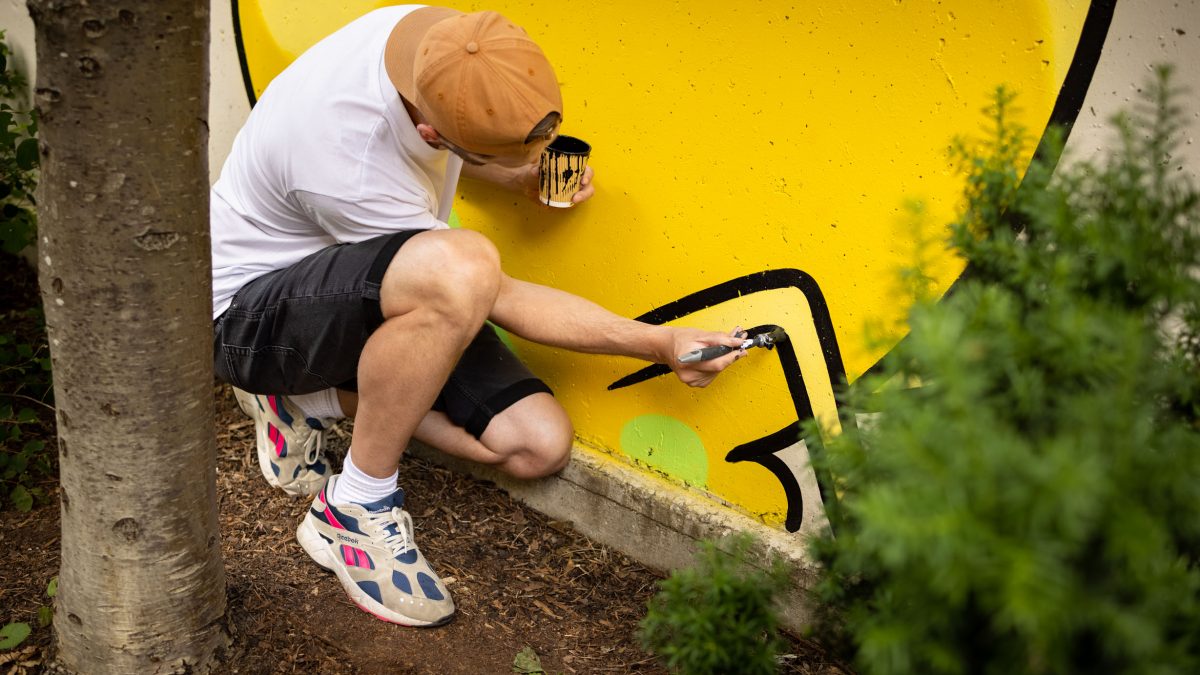 Frode Skaren (aka Uglylogo) is best known for his charming characters and playful motifs — colorful illustrations with a fresh, humorous and clean style created with passion and love for his craft. His work has been featured in international magazines such as Monocle, Computer Arts, Bloomberg Businessweek, Little White Lies and even on the cover of Creative Review. In 2017, he was selected by Adobe to represent the Nordics at OFFF Barcelona, for their Creative Jam, together with artists like Loulou & Tummie, DXTR, Nicolas Dehghani and Marylou Faure. Frode studied Visual Communication at Oslo National Academy of the Arts and is the recipient of numerous awards, most recently the Visueltkonkurransen gold medal for his project ´Saving a Moment´ at Akershus University Hospital Children's Department.

Taking a different approach to the ´go big or go home´ mentality, Uglylogo´s story about an abandoned ice-cream cone unfolds across three walls either side of Sofienberg park in Grünerløkka.

When viewed together they tell a humorous short story - although the possibility of adding more chapters has not been ruled out by the artist. Watch this space! 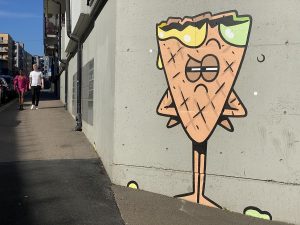 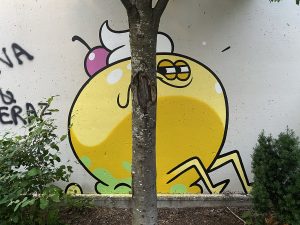 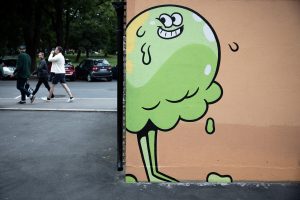 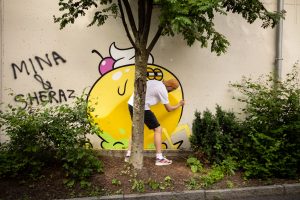 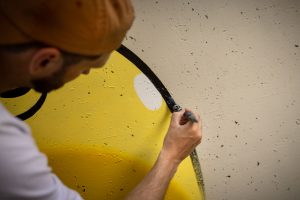 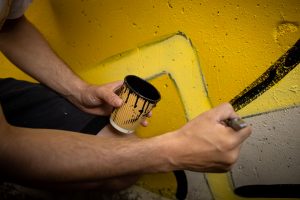 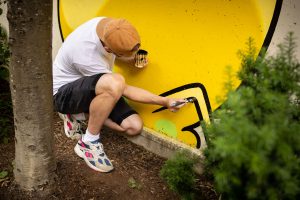 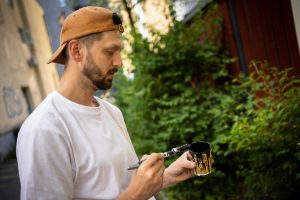